Back to all reports

Reported via desktop in the Obstruction (Not Vegetation) category by Jonathan Partridge at 13:09, Sunday 12 September 2021

Sent to Northamptonshire Highways less than a minute later. ref: 2995583. 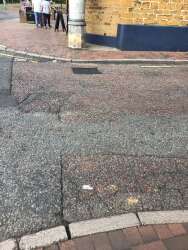 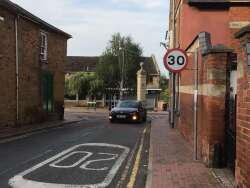 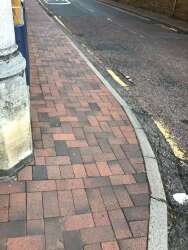 As a resident of Desborough for over 20 years the constant problem facing Pedestrians, Wheelchair and Mobility Aid users on the junction of Station Road and High Street Desborough, is causing daily problems often forcing the aforementioned out into the carriageway, which is in itself a pinch point of 4.5m on a blind junction that is poorly marked. The footpath on the lead in too said junction is in numerous places no greater in width than 0.80m which is in itself 20% under the minimum requirement for pedestrians. With the number of mobility scooters and pushchairs using this as a main route through Desborough, alongside normal foot traffic it is long overdue this matter being reviewed from a point of safety. I have submitted in addition to this report one pertaining to the continued issues for traffic on this junction where HGV's alongside Cars are frequently seen mounting the already narrow footpath so as to navigate the corner. I would be extremely grateful if this could be looked at as a matter of urgency before a serious accident occurs.